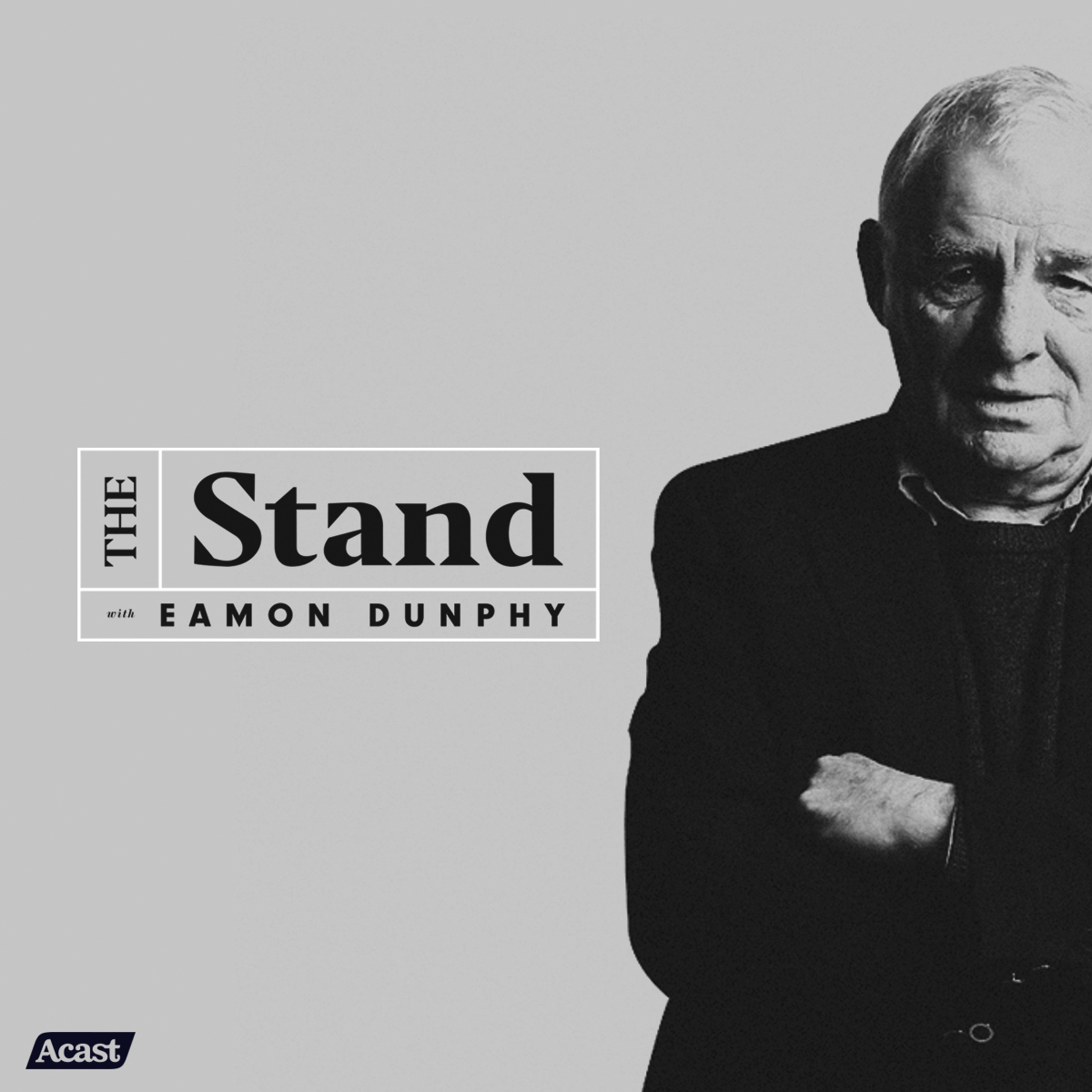 Join The Stand With Eamon Dunphy

Access all episodes without ads and sponsorship including the full back catalogue. Our back catalogue has 800+ episodes including interviews with writers, sports, political, and cultural commentators and fascinating icons. Just €5 a month plus tax.

Economist, commentator and podcaster Chris Johns joins Eamon to talk about the UK, its politics, and its economy.

We publish five or more episodes a week, covering everything from analysis of the weekend’s football through to the biggest stories in national and international politics.

Ep 1642: Death doesn't answer the question of whether Peter Pringle was the third man

Mick Clifford talks to Eamon about the late Peter Pringle. Mick Clifford is Special Correspondent at The Irish Examiner.

Journalist and film maker Johnny O'Reilly talks to Eamon about the war in Ukraine and what tanks from the US and from around Europe mean for Ukraine's war effort and the people's morale. Johnny also gives an insight to the relationship between Zelenskyy and the military and why it works.

Author and journalist Ian Williams talks to Eamon about the evolving relationship between China and the West. Ian Williams' most recent book is Fire of the Dragon: China’s New Cold War.

As the Taliban returns to power in Kabul, our guests examine how we got here and what happens next.

Ep 1224: Life Under the Taliban - American Photojournalist Reports from Kabul

American Photojournalist Victor J Blue (www.victorblue.com) reports from Kabul amid signs that the West will recognise the Taliban regime.

Ep 1204: European Union - Searching for a Role in a Dangerous Changing World

Journalist William Yang talks to Eamon from Taiwan as the US completes its withdrawal from Afghanistan and about China's brutal suppression of human rights protest in Hong Kong.

Ep 1186: Afghanistan - Fractured Alliances Pose A Threat To The West

Historian Diarmaid Ferriter and Chris Johns join Eamon to discuss the Afghan debacle, what caused it and how do we respond.

As a former professional and international soccer player Eamon was capped 23 times for Ireland. He has been a writer and broadcaster for over 40 years and written five best selling books including an early memoir Only a Game?, U2’s biography Unforgettable Fire, Sir Matt Busby’s biography A Strange Kind of Glory, Roy Keane’s autobiography Keane, and most recently his own memoir, The Rocky Road.

As a newspaper columnist Eamon has written for a number of newspapers, most notably the Irish Daily Star and the Sunday Independent. He was a contributor to RTÉ’s soccer panel for 40 years and was the editor and presenter of the drivetime radio show The Last Word for five years in the newly established Radio Ireland (now Today FM). Eamon launched The Stand in November 2016.

The most pressing social crisis in living memory, discussed and evaluated by the experts.

Tomás Ryan talks to Eamon as the country lifts more restrictions. Tomás Ryan is Associate Professor at the School of Biochemistry & Immunology, Trinity College Dublin, and an associate of the Trinity College Institute of Neuroscience. He is also a founding member of the Independent Scientific Advocacy Group (ISAG).

Paul Moynagh, Professor of Immunology at Maynooth University, talks to Eamon about Covid-19 safety measures needed in schools and the success of the vaccine in limiting serious illness.

Tomás Ryan, talks to Eamon about the success of the the vaccine rollout as the country prepares to reopen schools and colleges. Tomás is Associate Professor at the School of Biochemistry & Immunology at Trinity College Dublin, and an associate of the Trinity College Institute of Neuroscience. He is also a founding member of the Independent Scientific Advocacy Group.

As a writer, reporter, and activist, Eamonn McCann has spent decades on the frontlines of the conflicts in Northern Ireland.

Eamonn McCann talks to Eamon about the campaign to get justice for ten people murdered by the British Army in West Belfast in 1971, and what Boris Johnson's response to this week's findings can tell us about the British attitude to Northern Ireland.

Eamonn McCann talks to Eamon about the violent unrest seen in Belfast over the last week.

Ep 817: On The Passing Of John Hume Eamonn McCann Talks About The Man He Knew